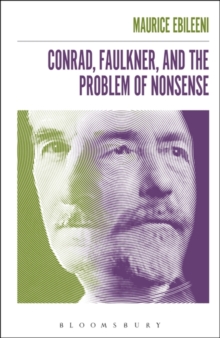 Conrad, Faulkner, and the Problem of NonSense Paperback / softback

Maurice Ebileeni explores the thematic and stylistic problems in the major novels of Joseph Conrad and William Faulkner through Jacques Lacan's psychoanalytic theories.

Against the background of the cultural, scientific, and historic changes that occurred at the turn of the 20th century, describing the landscape of ruins bequeathed to humanists by the forefathers of the Counter-Enlightenment movement (Schopenhauer, Kierkegaard, Nietzsche, Dostoyevsky, and Baudelaire), Ebileeni proposes that Conrad and Faulkner wrote against impossible odds, metaphorically standing at the edge of a chaotic abyss that initially would spill over into the challenges of literary production.

Both authors discovered that underneath, behind, or within the intuitively comprehensible narrative layers there exists a nonsensical dimension, constantly threatening to dissolve any attempt at producing intelligible meaning.

Ebileeni argues that in Conrad's and Faulkner's major novels, the quest for meaning in confronting the prospects of nonsense becomes a necessary symptom of human experience to both avoid and engage the entropy of modern life. 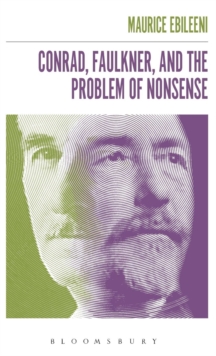 Conrad, Faulkner, and the Problem of...