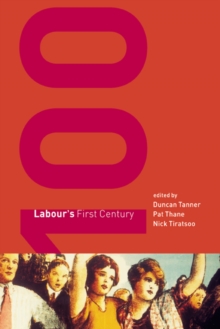 The Labour Party's centenary is an appropriate moment to evaluate its performance across the twentieth century, and to reflect on why a party which has so many achievements to its credit nonetheless spent so much of the period in opposition.

Duncan Tanner, Pat Thane and Nick Tiratsoo have assembled a team of acknowledged experts who cover a wide range of key issues, from economic policy to gender.

Labour's First Century covers the most important areas of party policy and practice, always placing these in a broader context.

Taken together, these essays challenge those who minimize the party's contribution, whilst they also explain why mistakes and weaknesses have occurred.

Everyone interested in British political history - whether supporters or opponents of the Labour Party - will need to read Labour's First Century.