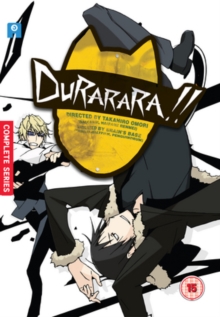 All 26 episodes, including the special 12.5 and 25 episodes, from the first season of the anime adapted from the light novel series by Ryohgo Narita.

Fed up with his uneventful life, Mikado Ryuugamine (voice of Toshiyuki Toyonaga) jumps at the opportunity to move to a new school in the city of Ikebukuro.

While there, he is re-acquainted with his friend, Masaomi Kida (Mamoru Miyano), who warns him about some strange characters living in the city that would be best avoided.

Soon Mikado sees one of these characters, the Headless Rider (Miyuki Sawashiro), travelling on a black motorcycle, and thereafter further supernatural happenings plague the city. 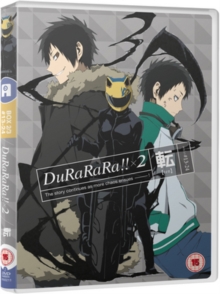 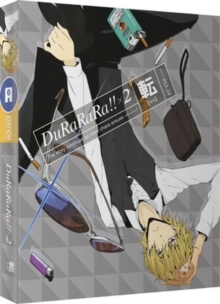 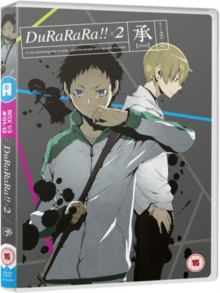 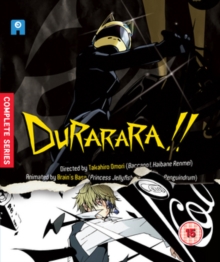