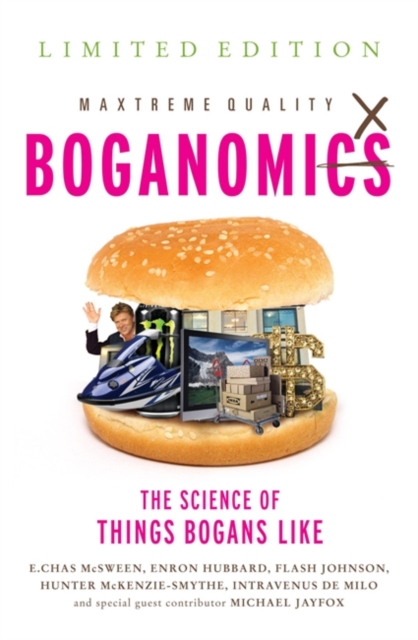 Boganomics : The Science Of Things Bogans Like Paperback / softback

From the bestselling authors of THINGS BOGANS LIKE comes a not-quite scientific study of all things bogan. E. Chas McSween et al have compiled this in-depth historical, sociological, geographic and cultural study that traces bogan culture back to society's very foundation, as well as identifying prototypical and stereotypical bogans through time.

Brief discussion of the bogan of the 19th century, morphing to pre-war, then to the popularly held notion of the 'bogan' being 80s metal, flannel and Victoria Bitter.

After exploring this stereotypical example they then track the leap to the 21st century bogan, clad in garish garb, holding their nationalism close to their chest and slavishly following every celebrity trend in magazines. BOGANOMICS is an important book as understanding is a bridge to unity.