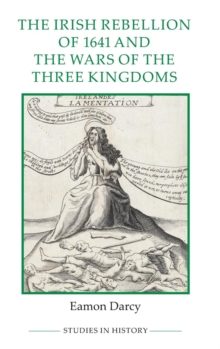 After an evening spent drinking with Irish conspirators, an inebriated Owen Connelly confessed to the main colonial administrators in Ireland that a plot was afoot to root out and destroy Ireland's English and Protestant population.

Within days English colonists in Ireland believed that a widespread massacre of Protestant settlers was taking place.

Desperate for aid, they began to canvass their colleagues in England for help, claiming that they were surrounded by an evil popish menace bent on destroying their community.

In later years, Protestant commentators could point to the 1641 rebellion as proof of Catholic barbarity and perfidy.

However, as the author demonstrates, despite some of the outrageous claims made in the depositions, the myth of 1641 became more important than the reality. The aim of this book is to investigate how the rebellion broke out and whether there was a meaning in the violence which ensued.

It also seeks to understand how the English administration in Ireland portrayed these events to the wider world, and to examine whether and how far their claims were justified.

Did they deliberately construct a narrative of death and destruction that belied what really happened?

An obvious, if overlooked, context is that of the Atlantic world; and particular questions asked are whether the English colonists drew upon similar cultural frameworks to describe atrocities in the Americas; how this shaped the portrayal of the 1641 rebellion in contemporary pamphlets; and the effect that this had on the wider Wars of the Three Kingdoms between England, Ireland and Scotland. Dr Eamon Darcy is a research assistant in the School of Histories and Humanities at Trinity College, Dublin. 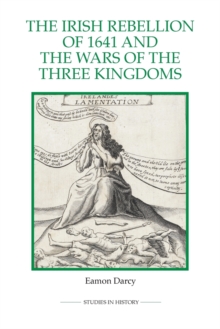