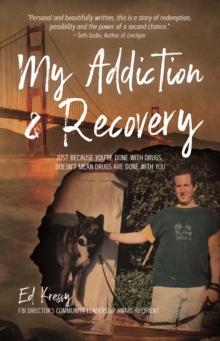 My Addiction & Recovery : Just Because You're Done With Drugs, Doesn't Mean Drugs Are Done With You Paperback / softback

"Personal and beautifully written, this is a story of redemption, possibility and the power of a second chance." - Seth Godin, Author of Linchpin My Addiction & Recovery inspires readers with an amazing story of transformation and rebuilding one's life.

A timely reminder that people can overcome addiction, mental health challenges, and criminal histories to make solid contributions to society.

Through one recovered addict's firsthand account of how incredible people motivated him to do the hard work of making positive changes, readers will glimpse hope for the lives of others and for their own lives as well. Growing up in a small New England town, Ed Kressy's love for reading and flights of the imagination set him apart from other kids.

Though bullied and ostracized, he found a way to connect with others through writing.

During his teenage years, he found another, easier way: drinking. In college, heavy drug use fueled Ed's further escape from reality and the pain that stemmed from self-hatred and neglecting his dream of becoming a writer.

By his his early thirties, Ed had attained goals: a career with a firm which went on to be named Fortune Magazine's "Best Company in America to Work For"; a hobby competing as an amateur kickboxer; and home ownership in San Francisco.

Yet a disastrous methamphetamine addiction led him into psychosis, destitution, and months behind bars.

Meth psychosis immersed Ed in a terrifying false reality in which the FBI architected a vast conspiracy with him at the nexus.

Sure that his family and friends were in it, and afraid to seek help, he toted a pistol for protection, stole and cheated welfare to survive, went months without showering or brushing his teeth.

Finally, eleven years after becoming addicted to meth and having thrown away almost everything, Ed took one of the few remaining options left: he got clean. Ed finally achieved his dream of being a writer. His work has been published in The Washington Post, Vox, and the San Francisco Chronicle.

His weekly newsletter, Meditations on Meth, entered its second year of publication in June 2019.

He speaks regularly at Toastmasters, having twice progressed to the highest level of speech competition within his district, comprised of about 140 Toastmasters clubs.

Ed has delivered talks for entities such as MIT, Cisco, Google, LinkedIn, The Moth, Amazon, Slack, Hack the Hood, Decker Communications, One Salon, faith-based organizations, and others. My Addiction & Recovery opens doors for readers to deepen their faith in human resiliency and spirit, and the benefits to society that are possible when we give helping hands to those who are overcoming some of life's most challenging obstacles. 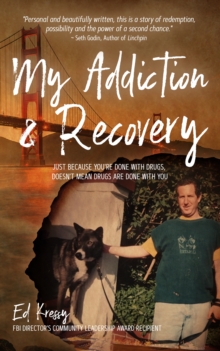