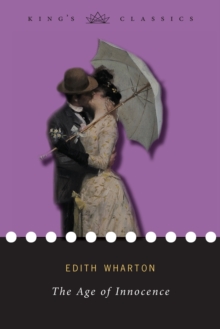 Newland Archer is a young, popular, successful lawyer living in an elegant New York City house. His engagement to May Welland is one in a string of accomplishments. His life changes when he meets Countess Ellen Olenska. Through his relationship with her, he begins questioning the values on which he was raised. He sees the sexual inequality of New York society and the shallowness of its customs, and struggles to balance social commitment to May with love for Ellen.

The Age of Innocence won the 1921 Pulitzer Prize for Fiction, making Wharton the first woman to win the prize. Though the novel questions the assumptions and morals of 1870s New York society, it never develops into an outright condemnation of the institution. The novel is noted for Wharton’s attention to detail and its accurate portrayal of how the 19th-century East Coast American upper class lived, and the social tragedy of its plot. Wharton wrote the book in her 50s, after she had established herself as a strong author with publishers clamoring for her work.