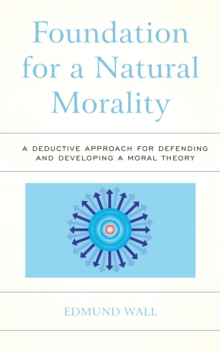 Foundation for a Natural Morality : A Deductive Approach for Defending and Developing a Moral Theory Hardback

Few philosophers attempt to establish that there is an evaluative and moral realm.

They make these major assumptions without argument. This plays into the hands of moral nihilists and certain other moral skeptics.

A major obstacle that prevents philosophers from developing such arguments is the long-standing view that one cannot derive an "ought" from an "is," that is, one cannot begin with purely descriptive non-evaluative propositions and deduce an evaluative or moral proposition.

In this book, Edmund Wall develops arguments for evaluative and moral principles.

By providing such deductive arguments for basic moral principles, Wall makes considerable progress in establishing a sure foundation for morality.

He further develops his case by responding to a plethora of anticipated objections against his two arguments, and by delineating the advantages of his own moral approach over a number of influential moral theories and competing accounts of moral reasoning. 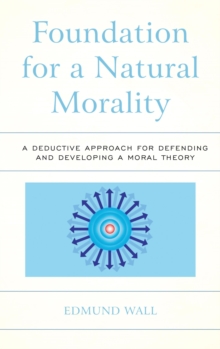 Foundation for a Natural Morality