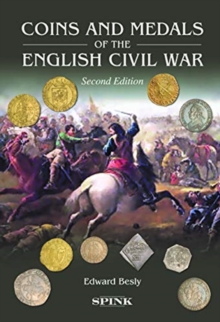 The second edition of this book presents a new and expanded exploration of the unusually varied coinage and currency of the 'Great Rebellion' of 1642-1660, a pivotal period in British history. It builds on further research available since its original publication in 1990, notably a fresh appraisal of the West Country mints of Sir Richard Vyvyan and new insights into the numerous hoards of the time. Along the way, we meet more of the people who willingly or unwillingly did business with the wartime mints. Following a description of the currency in circulation in 1642 and a survey of the organisation of royalist minting during the war, the royalist mint-franchises are considered in turn.

Foreign coinage, siege issues and the emergency coinages of Ireland are all described; and the story of the Tower Mint under Parliament is followed through the Interregnum of 1649-60 to the Restoration of Charles II.

Minting methods at a time of transition from manual to mechanised production form an important subsidiary theme. Edward Besly was Numismatist at the National Museum of Wales (Amgueddfa Cymru) from 1986-2018, having previously worked at the British Museum.

He is best known for his studies of Romano-British coin hoards and of the coinages of the time of Charles I (1625-49).

In 2003 he was awarded the John Sanford Saltus Medal of the British Numismatic Society. 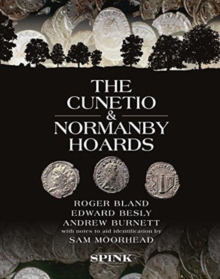 The Cunetio and Normanby Hoards