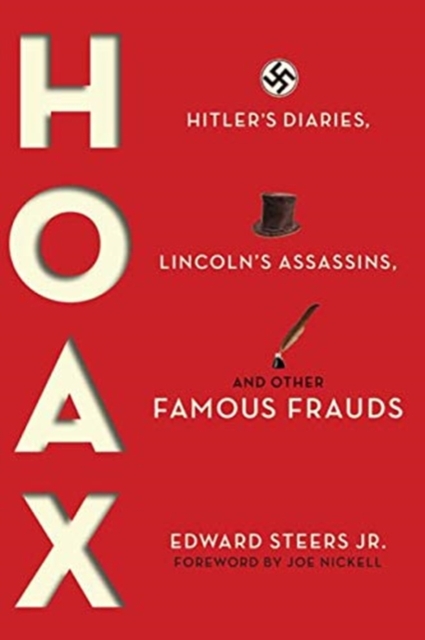 Did a collector with a knack for making sensational discoveries really find the first document ever printed in America?

Has Jesus of Nazareth's burial cloth survived the ages?

Can the shocking true account of Abraham Lincoln's assassination be found in lost pages from his murderer's diary? Napoleon famously observed that "history is a set of lies agreed upon," and Edward Steers Jr. investigates six of the most amazing frauds ever to gain wide acceptance in this engrossing book.

Hoax examines the legitimacy of the Shroud of Turin, perhaps the most hotly debated relic in all of Christianity, and the discovery of fossils confirming humanity's "missing link," the Piltdown Man.

Steers also discusses two remarkable forgeries, the Hitler diaries and the "Oath of a Freeman," and famous conspiracy theories alleging that Franklin D.

Roosevelt had prior knowledge of the attack on Pearl Harbor and that the details of Lincoln's assassination are recorded in missing pages from John Wilkes Booth's journal. The controversies that Steers presents show that there are two major factors involved in the success of a hoax or forgery - greed and the desire to believe.

Though all of the counterfeits and conspiracies featured in Hoax have been scientifically debunked, some remain fixed in many people's minds as truth.

As Steers points out, the success of these frauds highlights a disturbing fact: if true history fails to entertain the public, it is more likely to be ignored or forgotten.

Also by Edward Steers  |  View all 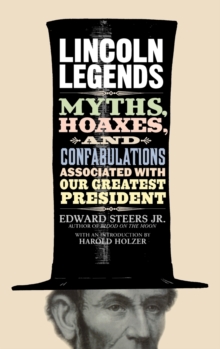 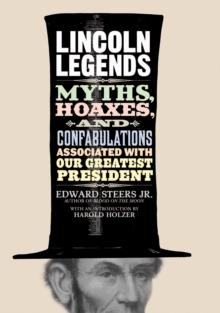 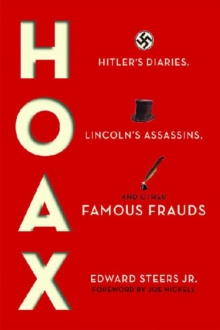 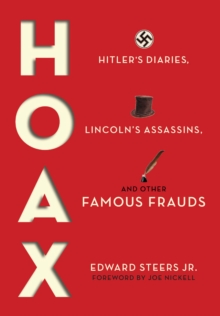