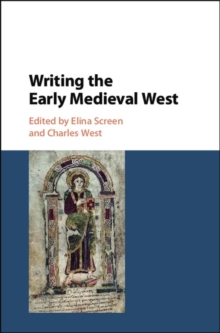 Far from the oral society it was once assumed to have been, early medieval Europe was fundamentally shaped by the written word.

This book offers a pioneering collection of fresh and innovative studies on a wide range of topics, each one representing cutting-edge scholarship, and collectively setting the field on a new footing.

Concentrating on the role of writing in mediating early medieval knowledge of the past, on the importance of surviving manuscripts as clues to the circulation of ideas and political and cultural creativity, and on the role that texts of different kinds played both in supporting and in subverting established power relations, these essays represent a milestone in studies of the early medieval written word.