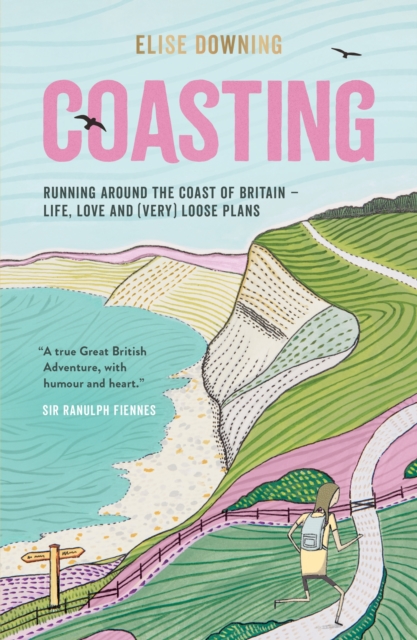 Longlisted for the William Hill Sports Book of the Year Award 2021Running away from your problems doesn't solve anything - but sometimes it's more fun than dealing with themElise was spending a lot of time crying on buses.

She had just graduated from university; she had a shiny new flat, her first proper job and a budding relationship - and they were all making her utterly miserable.

Sitting at work one day, she hit upon the obvious solution:Run 5,000 miles around the coast of Britain, carrying her kit on her back. Six months later Elise set off, with absolutely no ultra-running experience, unable to read a map and having never pitched a tent alone before.

Over the 301 days that followed she developed a debilitating fear of farmyard animals, cried on a lot of beaches and saw Britain at its most wild and wonderful. Coasting is about putting one foot in front of the other, even when it feels impossible, and trying to enjoy it too.

With heart and humour, Elise explores the thrill of taking risks and putting your trust in total strangers, and learns some home truths along the way. 'A true Great British Adventure, with humour and heart.'Sir Ranulph Fiennes 'Elise Downing has achieved the impossible - leaving you in awe at her superhuman achievements, but also convincing you that you could probably do the same.'Emily Chappell 'A hugely enjoyable jaunt around Britain, that proves that you can find adventure right on your doorstep.'Alastair Humphreys 'Elise Downing has reminded us all of the most crucial aspects of adventure: 1) You don't have to be an expert. 2) It's all about the people. 3) However hard, tough, excruciating and doubt-driven a challenge might be, at heart it's a funny, funny story.'Dave Cornthwaite 'Reading Coasting is like listening to a friend tell a tale down the pub that you can't quite believe.

It's the kind of book that makes you want to lace up your trainers and start running towards that mad idea you once had.

There's no doubt that Elise's gung-ho attitude is her superpower.

Her kryptonite? Cows.'Anna McNuff, author and adventurer 'Elise's irresistibly readable adventures are both ordinary and extraordinary at the same time.

She's an inspiration.'Damian Hall, author and ultrarunner 'Funny and engaging and inspiring... an absolute gem.'Vassos Alexander, presenter, author and runner 'A beautifully observed and blisteringly truthful account of what happens when you decide to combine adventure and endurance.

Absolutely brilliant.'Jake Tyler, author of A Walk from the Wild Edge 'An honest and exciting tale of how a dream became an awesome reality.

Definitely worth a read!'Ben Smith, founder of The 401 Challenge 'I was already laughing at the Dedication and this continued all the way to the very last page.

Elise Downing is a comedy genius and has a heart of gold!'Danny Bent, author, runner and founder of Project Awesome 'Elise tells her story with such good-humoured light-heartedness that you could be forgiven for forgetting that what she is describing is a feat of real endurance.

Running 5,000 miles is a truly remarkable achievement, and the fact that Elise emerged from it with a smile on her face and a total lack of ego speaks wonders to her character.

This is an incredible tale told with total humility.

Running around the coast of Great Britain was a mad thing to do, but not buying this book would be madder still.'Tim Moss, author, adventurer and founder of The Next Challenge 'Like any epic journey worth sharing, Elise encountered the same doubts, setbacks and fears that leave many dreams stuck on the drawing board.

One foot after the other, Elise set out to achieve the extraordinary many miles over.

Coasting shares the literal highs and lows as she finds her rite of passage to the world of ultra-running, with an endearing vulnerability and hilarious flair that brings places to life.

In the same way that countless strangers felt compelled to join her around the UK, Coasting carries the reader along and inspires us all to ask 'why not?' in pursuit of our own home-grown adventures.'Alex Staniforth, adventurer and author 'A wonderfully honest tale of courage, perseverance and self-discovery.'Dr Juliet McGrattan, author and runner 'Elise brings so much fun and energy, as well as raw honesty, to the world of adventure books, and her incredible journey is an inspiration to young (and old!) adventurers.'Jenny Tough, author, adventurer and editor of Tough Women Adventure Stories 'Thoughtful, funny and beautifully written.

Just goes to show that there's a ram-spinning, swashbuckling adventure right there on your doorstep.'Huw Jack Brassington, writer, presenter and adventurer 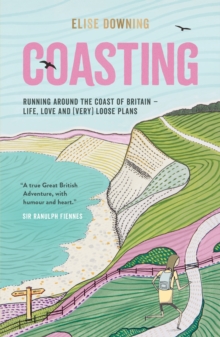 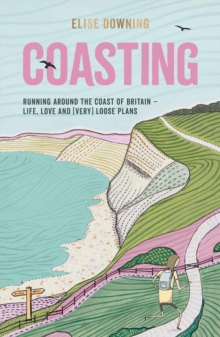