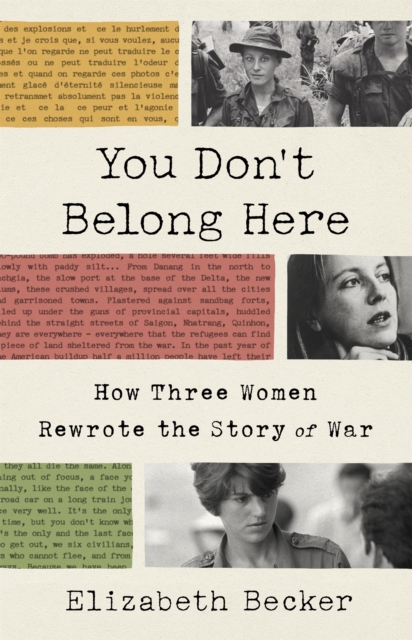 You Don't Belong Here : How Three Women Rewrote the Story of War Hardback

Kate Webb, an Australian iconoclast, Catherine Leroy, a French dare devil photographer, and Frances FitzGerald, a blue-blood American intellectual, arrived in Vietnam with starkly different life experiences but one shared purpose: to report on the most consequential story of the decade.

At a time when women were considered unfit to be foreign reporters, Frankie, Catherine and Kate paid their own way to war, arrived without jobs, challenged the rules imposed on them by the military, ignored the belittlement and resentment of their male peers and found new ways to explain the war through the people who lived through it.

In You Don't Belong Here, Elizabeth Becker uses these women's work and lives to illuminate the Vietnam War from the 1965 American buildup, through the Tet Offensive, the expansion into Cambodia, the American defeat and its aftermath.

Arriving herself in the last years of the war, Elizabeth writes as an historian and a witness to what these women accomplished. What emerges is an unforgettable story of three journalists forging their place in a land of men, often at great personal sacrifice, and forever altering the craft of war reportage for generations.

Deeply reported and filled with personal letters, interviews, and profound insight, You Don't Belong Here fills a void in the history of women and of war. 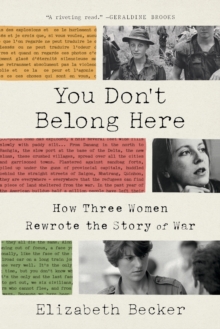