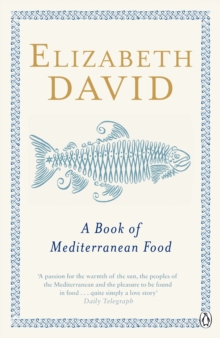 A Hay Festival and The Poole VOTE 100 BOOKS for Women SelectionA Book of Mediterranean Food is Elizabeth David first book, and made her a favourite with foodies everywhere. Originally published in 1950 A Book of Mediterranean Food is based on a collection of recipes she made while living in France, Italy, the Greek islands and Egypt. She gives us hearty pasta and polenta dishes from Italy; aromatic and tangy salads from Turkey and Greece; and tasty seafood and saffron dishes from Spain. Whether it is the simplicity of hummus or the delicious blending of flavours found in plates of ratatouille or paella, Elizabeth David's wonderful recipes in A Book of Mediterranean Food are imbued with all the delights of the sunny south. 'Not only did she transform the way we cooked but she is a delight to read' Express on Sunday'Britain's most inspirational food writer' Independent 'When you read Elizabeth David, you get perfect pitch.

There is an understanding and evocation of flavours, colours, scents and places that lights up the page' Guardian'Not only did she transform the way we cooked but she is a delight to read' Express on SundayElizabeth David (1913-1992) is the woman who changed the face of British cooking.

Having travelled widely during the Second World War, she introduced post-war Britain to the sun-drenched delights of the Mediterranean and her recipes brought new flavours and aromas into kitchens across Britain.

Also by Elizabeth David   |  View all 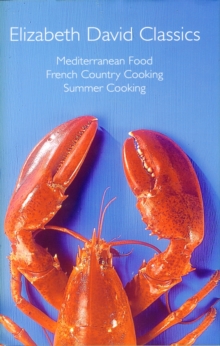 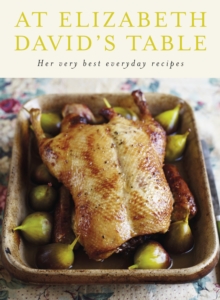 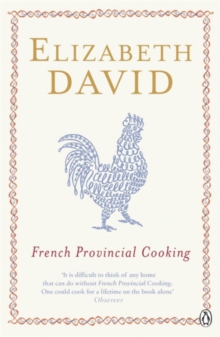 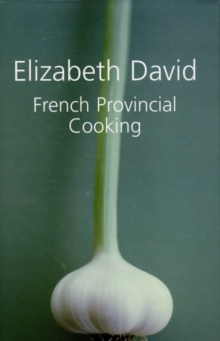