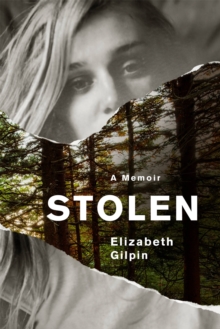 At fifteen, Elizabeth Gilpin was an honor student, a state-ranked swimmer and a rising soccer star, but behind closed doors her undiagnosed depression was wreaking havoc on her life.

Growing angrier by the day, she began skipping practices and drinking to excess.

At a loss, her parents turned to an educational consultant who suggested Elizabeth be enrolled in a behavioral modification program.

That recommendation would change her life forever. The nightmare began when she was abducted from her bed in the middle of the night by hired professionals and dropped off deep in the woods of Appalachia.

Living with no real shelter was only the beginning of her ordeal: she was strip-searched, force-fed, her name was changed to a number and every moment was a test of physical survival.

After three brutal months, Elizabeth was transferred to a boarding school in Southern Virginia that in reality functioned more like a prison.

Its curriculum revolved around a perverse form of group therapy where students were psychologically abused and humiliated.

Finally, at seventeen, Elizabeth convinced them she was rehabilitated enough to "graduate" and was released. In this eye-opening and unflinching book, Elizabeth recalls the horrors she endured, the friends she lost to suicide and addiction, and-years later-how she was finally able to pick up the pieces of her life and reclaim her identity.