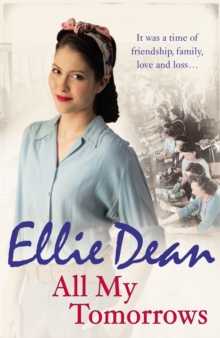 All My Tomorrows Paperback / softback

THE SIXTH CLIFFEHAVEN NOVEL BY SUNDAY TIMES BESTSELLING AUTHOR ELLIE DEANIt was a time of friendship, family, love and loss . . . In defending herself against her brutal husband, eighteen-year-old Ruby Clark is forced to flee London.

She has no idea where Cliffehaven is, or what she will find there, but she knows that she will never be able to return home again. At first it seems she's fallen on her feet. She gets a job at the local armaments factory, and the couple she is billeted with are kind and supportive.

But when her host makes advances, Ruby is left homeless once more.