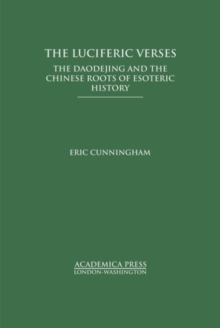 The Luciferic Verses : The Daodejing and the Chinese Roots of Esoteric History Hardback

Eric Cunningham's exciting new book combines a new translation of the Chinese classic Daodejing with a synthetic interpretation of the Dao.

It innovatively employs the interweaving perspectives of Anthroposophy and esoteric world history.

Among the inspirations for this work's unique reading of the verses of the Daodejing is the speculation of contemporary esoteric scholars that the Yellow Emperor of Chinese mytho-history was actually a human incarnation of the spirit known elsewhere as Lucifer.

This argument has been used to explain the manner in which "demigods" introduced themselves to the earthly sphere in order to manipulate human history.

This theory resonates with the theological claims of Genesis 6: the notion that fallen angels infiltrated the human world is a contributing element to numerous theories regarding the establishment of ruling classes and elite bloodlines in history. Cunningham considers these claims from the standpoint of esoteric history and evaluates them on the basis of their convergence with kindred concepts (such as Zen illumination, mysticism, and the simulation hypothesis), to show the operations and implications of Gnosticism in history.

The book makes a bold case for this common thread in various "all is consciousness" theories of Mind, from Plato, through the ancient skeptics, to Daoism, Zen, and even to the idealism of the 1960s, leading to directly to postmodern theories of "digital consciousness." What philosophers are exploring today through such topics as virtual reality and digital simulation are presented as new ways of discussing the same contours of reality hinted at in the Daodejing.

Rather than leading us to a more humanistic vision of reality, as the Daoist scholars traditionally maintain, this theory of mind may lie at the bottom of a systematic anti-humanist impulse that has operated throughout world history. 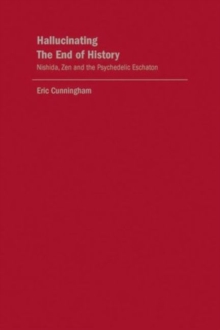 Hallucinating The End Of History:...