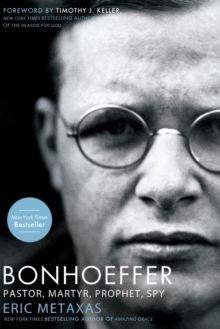 WHO BETTER TO FACE THE GREATEST EVIL OF THE 20TH CENTURY THAN A HUMBLE MAN OF FAITH?As Adolf Hitler and the Nazis seduced a nation, bullied a continent, and attempted to exterminate the Jews of Europe, a small number of dissidents and saboteurs worked to dismantle the Third Reich from the inside.

One of these was Dietrich Bonhoeffer-a pastor and author.

In this New York Times best-selling biography, Eric Metaxas takes both strands of Bonhoeffer's life-the theologian and the spy-and draws them together to tell a searing story of incredible moral courage in the face of monstrous evil.

Metaxas presents the fullest accounting of Bonhoeffer's heart-wrenching decision to leave the safe haven of America to return to Hitler's Germany, and sheds new light on Bonhoeffer's involvement in the famous Valkyrie plot and in "Operation 7," the effort to smuggle Jews into neutral Switzerland.

In a deeply moving narrative, Metaxas uses previously unavailable documents?including personal letters, detailed journal entries, and firsthand personal accounts?to reveal dimensions of Bonhoeffer's life and theology never before seen. "Bonhoeffer is the story of a life framed by a passion for truth and a commitment to justice on behalf of those who face implacable evil. Includes Readers' Guide "[A] beautifully constructed biography."-Alan Wolfe, The New Republic "Metaxas tells Bonhoeffer's story with passion and theological sophistication. . . ."-Wall Street Journal"[A] weighty, riveting analysis of the life of Dietrich Bonhoeffer. . . ."-Publishers Weekly"Metaxas presents Bonhoeffer as a clear-headed, deeply convicted Christian who submitted to no one and nothing except God and his Word."-Christianity Today"Metaxas has written a book that adds a new dimension to World War II, a new understanding of how evil can seize the soul of a nation and a man of faith can confront it. . . ."-Thomas Fleming, author, The New Dealers' War"Metaxas has created a biography of uncommon power-intelligent, moving, well researched,vividly written, and rich in implication for our own lives. Or to put it another way: Buy this book. Read it. Then buy another copy and give it to a person you love.

Also by Eric Metaxas   |  View all 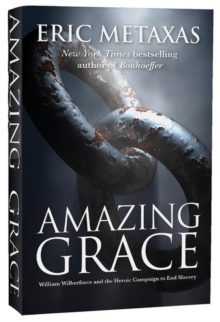 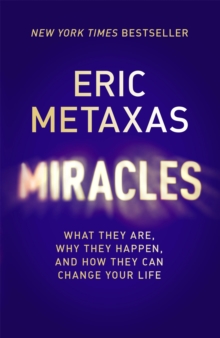 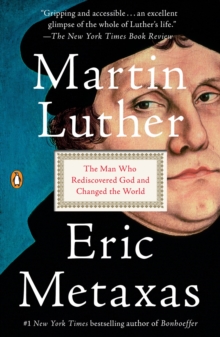 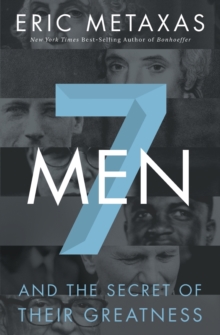