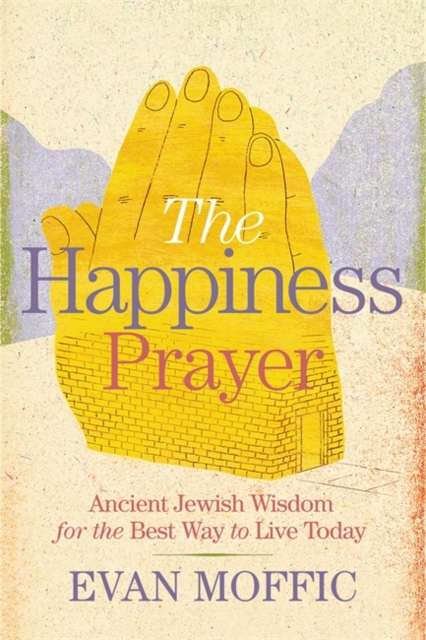 At age 30 Evan Moffic became the leader of a large congregation.

He had great success. But he couldn't find happiness. Then he found a 2000-year-old prayer. In it were hidden elements of Jewish wisdom. They became a part of his life and those of his congregation and transformed them and him. In the tradition of Rabbi Harold Kushner, Moffic opens up wisdom that has been at the heart Judaism for thousands of years.

He distills the "Eilu Devarim" an ancient prayer for happiness found in the Talmud into ten practices that empower us to thrive through setbacks, so nothing can hamper our happiness. The ten practices are simple:* Honor Those Who Gave You Life* Be Kind* Keep Learning* Invite Others into Your Life* Be There When Others Need You* Celebrate Good Times* Support Yourself and Others During Times of Loss* Pray with Intention* Forgive* Look Inside and CommitThe rabbi unpacks these practices of the 2000-year-old prayer with insights for today, that will help you find ways to live with greater happiness and meaning.

He draws from interactions with thousands of congregants, as well as his own experience.

His conclusion that these actions bring happiness is corroborated by science: people who conduct authentic lives of faith live, on average, seven years longer than others, have more friends and are healthier.

Filled with relatable stories of real people, accessible commentary from contemporary psychologists, and warm humor, this rabbi of a new generation sheds light on an enduring prayer that captures the means and meaning of joyous living that will appeal to everyone.