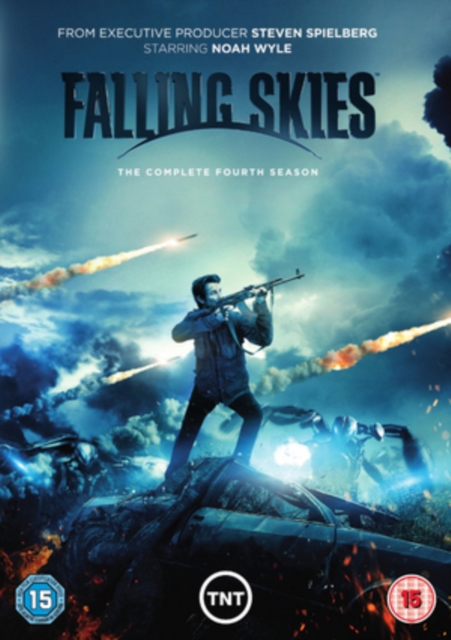 All 12 episodes from the fourth season of the US sci-fi drama following the aftermath of an alien invasion.

In this season, the group of survivors are split up after an attack.

President and military leader Tom Mason (Noah Wyle) is taken by the Espheni and held in solitary confinement where he plans his escape.

Meanwhile, the rest of his group face their own challenges.

The episodes are: 'Ghost in the Machine', 'The Eye', 'Exodus', 'Evolve Or Die', 'Mind Wars', 'Door Number Three', 'Saturday Night Massacre', 'A Thing With Feathers', 'Till Death Do Us Part', 'Drawing Straws', 'Space Oddity' and 'Shoot the Moon'.