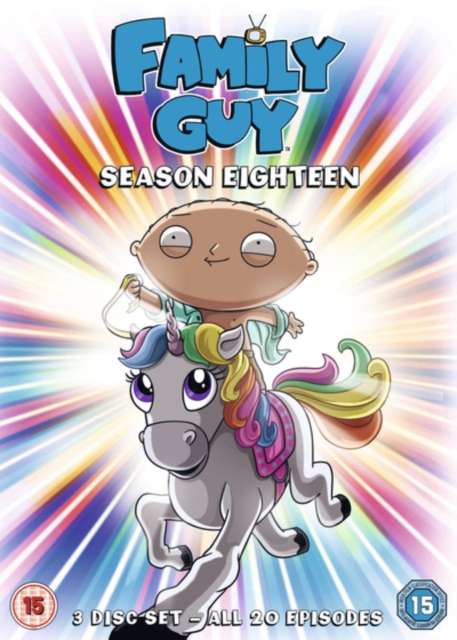 The 18th volume of episodes of the animated sitcom created by Seth MacFarlane.

The dad Peter (voice of MacFarlane) is a big TV fan; mom Lois (Alex Borstein) is a former heiress who gave up her riches to marry the man she loves; 16-year-old Meg (Mila Kunis) is a drama queen eager to be accepted by her peers; 13-year-old Chris (Seth Green) likes his food and has the beginnings of a TV habit which could grow to equal his dad's; baby Stewie (MacFarlane) is a malevolent genius with plans for complete global domination; and martini-guzzling Brian (MacFarlane) is the family dog.