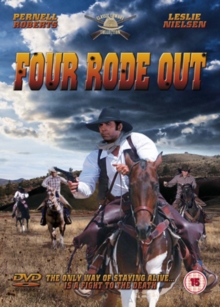 Nunez, who stands accused of killing the father of his sweetheart, Myra (Sue Lyons), is also being pursued by mercenary Mr Brown (Leslie Nielsen) as well as by Myra herself.

As the unlikely trio make their way across the desert in search of their elusive quarry, it soon becomes evident that Ross's assignment is far less straighforward than it first appeared.