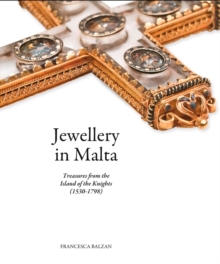 Jewellery in Malta : Treasures from the Island of the Knights (1530-1798) Hardback

Researched and written by Francesca Balzan, this study has made extensive use of primary sources to build up a history of jewellery in Malta, which focuses on the art of jewellery, its social history and trade practices.

It is the first study of its kind to be published in Malta.

The book is in two parts, the first of which contains essays on historical aspects of the jewellery while the second part is devoted to analytical case studies of a number of jewellery items. "Jewellery has been an item of personal adornment since very early times and although its use has changed with age and circumstance, it has all along retained two important functions, one to complement and enhance physical appearance and the other to send a message of affluence and social status.

Its rich materials make it a valuable means of wealth storage in a number of culturally different societies.

The skill and technical dexterity that, until the machine took over, were necessary ingredients in its production, elevate it to the category of a fine craft.

Creative ingenuity has, in addition, on many occasions, transformed it into a work of art and it is a pity that its study has not yet received the scholarly attention it deserves.

Francesca Balzan's study makes a notable contribution to its better appreciation. The book's primary focus is the closely knit and insular society of Early Modern Malta when the presence there of a pan-European Sovereign Order of Hospitaller and Military Knights, drawn from the haughtiest families of Counter Reformation Europe, injected the island with a cultured sophistication that changed it into one of the more significant art centres south of Rome.

The Knights invested in fine buildings and works of art and jewellery became an increasingly significant ancillary to dress, social status and religious ornament.

One of the merits of the book is to discuss jewellery in a meaningful art historical and social context.

This broadens the reader's response and opens a window on the anthropology of jewellery that future studies should exploit." - from the Foreword by Prof. 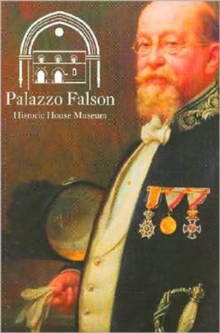