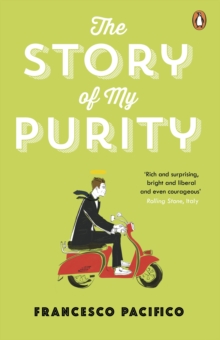 The Story of My Purity Paperback / softback

The Story of My Purity is the uproariously funny novel by Francesco Pacifico.

Thirty years old and already trapped in a sexless marriage, Piero Rosini has decided to dedicate his life to Jesus.

Novels and music were filling his head with bullshit; his bourgeois life in a fancy neighborhood had taken him far away from spiritual purity and the Lord's truth.

So he's moved to an unfinished housing development on the outskirts of Rome and thrown himself into his work at an ultraconservative Catholic publishing house, editing books that highlight the decadence and degradation of modern society: among them, a book claiming that Pope John Paul II was secretly Jewish. Witty, irreverent and timely, The Story of My Purity is an unmissable new novel from a brand new voice in European fiction.

Praise for The Story of My Purity: 'And so Pacifico's book falls deliciously into our laps.

One of the most talented writers of his generation, one of the few who takes words seriously.

This is what one calls style' Vanity Fair (Italy)'Ho, ho and ho!

Insanely funny and terrifically offensive, Francisco Pacifico's novel fell on my head like a bowling ball and knocked me the hell out.

Among many other things, it's also a great updating of Roman life.

Sure to be a modern Italian classic' Gary Shteyngart'With these viscerally honest and hilarious adventures of a young Roman struggling to free himself from the cynicism of Berlusconi's "bunga bunga" Italy and the moral absolutism of the Catholic church, Francesco Pacifico revives the Italian comic novel.

The writing is ribald but never vulgar, extremely smart about friendship and sex but without pretension.

You'll laugh aloud, want to hide your blushing face in the pillow, and argue with the author, all at once' Marco RothFrancesco Pacifico has written for a number of Italian publications, as well as for Rolling Stone and GQ, and has translated into Italian the works of Henry Miller, F.

He is also the translator of Marina Mander's novel The First True Lie (2013). 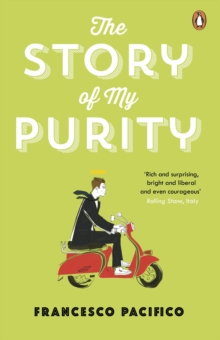 The Story of My Purity