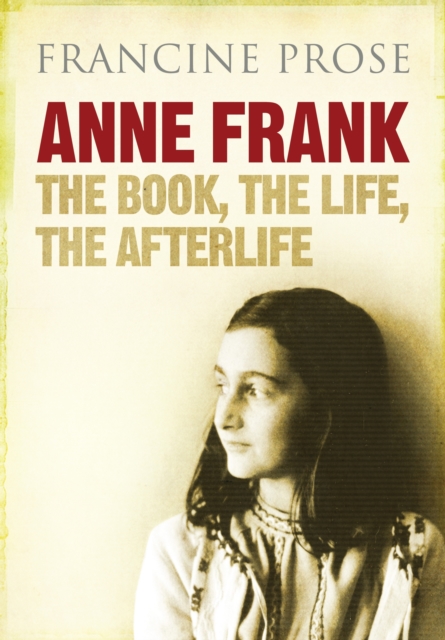 Anne Frank : The Book, the Life, the Afterlife Hardback

Anne Frank received a red-and-white-checked diary for her thirteenth birthday in June 1942, just weeks before she and her family went into hiding in an Amsterdam attic to escape the Nazis.

For two years, Anne crafted a memoir that has become one of the most compelling and widely read documents of modern history.

Few books have been as influential for as long, and in her thoughtful and revealing book Francine Prose investigates the diary's creation, its precociously gifted writer, and its unique afterlife.

Prose demonstrates what few of the diary's millions of readers will know - that Anne Frank furiously revised and edited her work, crafting a piece of literary power, which she hoped would be read by the public after the war.

She also explores the obstacles and criticism Otto Frank faced in publishing his daughter's words; the controversy surrounding the diary's theatrical and film adaptations; and the claims of conspiracy theorists who have cried fraud, along with the scientific analysis that has proved them wrong. Anne Frank: The Book, The Life, The Afterlife is a profound and illuminating literary investigation that reveals that Anne Frank's diary is more than a historical record: it is a deliberate work of art.