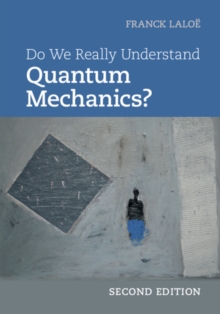 Quantum mechanics impacts on many areas of physics from pure theory to applications.

However it is difficult to interpret, and philosophical contradictions and counter-intuitive results are apparent at a fundamental level.

This book presents current understanding of the theory, providing a historical introduction and discussing many of its interpretations.

Fully revised from the first edition, this book contains state-of-the-art research including loophole-free experimental Bell test, and theorems on the reality of the wave function including the PBR theorem, and a new section on quantum simulation.

More interpretations are now included, and these are described and compared, including discussion of their successes and difficulties.

Other sections have been expanded, including quantum error correction codes and the reference section.

It is ideal for researchers in physics and maths, and philosophers of science interested in quantum physics and its foundations.