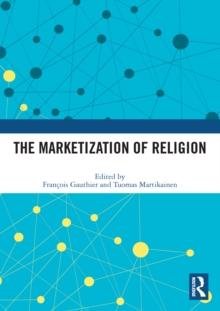 The Marketization of Religion EPUB

The Marketization of Religion provides a novel theoretical understanding of the relationship between religion and economy of today's world.

A major feature of today's capitalism is â€˜marketizationâ€™. While the importance that economics and economics-related phenomena have acquired in modern societies has increased since the consumer and neoliberal revolutions and their shock waves worldwide, social sciences of religion are still lagging behind acknowledging the consequences of these changes and incorporating them in their analysis of contemporary religion.

Religion, as many other social realities, has been traditionally understood as being of a completely different nature than the market. Like oil and water, religion and the market have been mainly cast as indissoluble into one another. Even if notions such as the marketization, commoditization or branding of religion and images such as the religious and spiritual marketplace have become popular, some of the contributions aligned in this volume show how this usage is mostly metaphorical, and at the very least problematic. What does the marketization of religion mean?

The chapters provide both theoretical and empirical discussion of the changing dynamics of economy and religion in todayâ€™s world. Through the lenses of marketization, the volume discusses the multiple, at times surprising, connections of a global religious reformation. Furthermore, in its use of empirical examples, it shows how different religions in various social contexts are reformed due to growing importance of a neoliberal and consumerist logic.

This book was originally published as a special issue of the journal Religion.