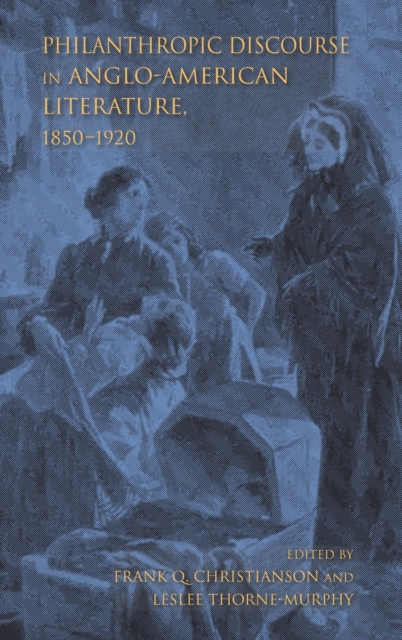 From the mid-19th century until the rise of the modern welfare state in the early 20th century, Anglo-American philanthropic giving gained an unprecedented measure of cultural authority as it changed in kind and degree.

Civil society took on the responsibility for confronting the adverse effects of industrialism, and transnational discussions of poverty, urbanization, women's work, and sympathy provided a means of understanding and debating social reform.

While philanthropic institutions left a transactional record of money and materials, philanthropic discourse yielded a rich corpus of writing that represented, rationalized, and shaped these rapidly industrializing societies, drawing on and informing other modernizing discourses including religion, economics, and social science.

Showing the fundamentally transatlantic nature of this discourse from 1850 to 1920, the authors gather a wide variety of literary sources that crossed national and colonial borders within the Anglo-American range of influence.

Through manifestos, fundraising tracts, novels, letters, and pamphlets, they piece together the intellectual world where philanthropists reasoned through their efforts and redefined the public sector.