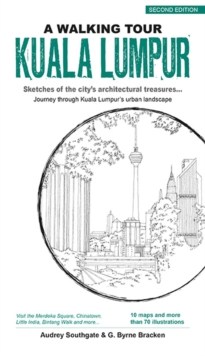 Although a bustling city, Kuala Lumpur still contains pockets of old-world charm that have remained almost untouched since the city was first founded back in the nineteenth century.

One of the best ways of exploring these different areas and really getting a flavour of their culture is on foot.