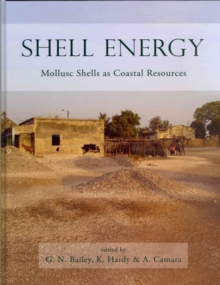 Shell middens are ubiquitous archaeological features on coastlines throughout the world that have been variously analysed and interpreted as mounds of food, burial places, or simply as convenient receptacles for the preservation of stratified remains.

This volume brings together information about little known, or recently discovered, concentrations of shell mounds in areas including Africa, the near East, South-east Asia and the Americas as well as new work on mounds in the classic areas including Denmark, the Pacific NW coast and Japan.

Discussions are presented on new approaches to interpretation involving the use of ethnographic studies, analysis of molluscs, the use of shell as a raw material for making artefacts and in construction, and the variable formation processes associated with mound formation.