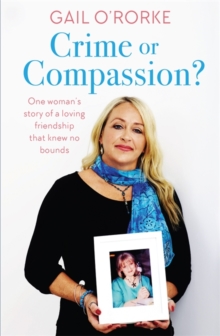 Crime or Compassion? : One woman's story of a loving friendship that knew no bounds Paperback / softback

'I was torn. My best friend needed me. But little did I know then what the consequences of helping her would be...'In 2015, Gail O'Rorke stood trial on three counts of assisting in the suicide of her friend Bernadette Forde, who had taken her life in 2011 in the late stages of Multiple Sclerosis.

Facing the possibility of fourteen years in prison for a crime she didn't commit, Gail was also grieving for the friend she'd lost. Here in Crime or Compassion? she takes us on the journey behind the events that led to her arrest: from her remarkable early years - growing up with an abusive father and her escape to a better life - to her enduring friendship with Bernadette and the highs and lows of caring for someone you love, to the moment she was arrested by Garda officers, signalling three of the worst years of her life. This is a story of friendship and selflessness, of the rules of a society sometimes at odds with the nature of personal suffering, and a gripping insight into the inner world of the courtroom: the characters, the colour, and the emotions that accompany standing in the dock, facing a jury of your peers. 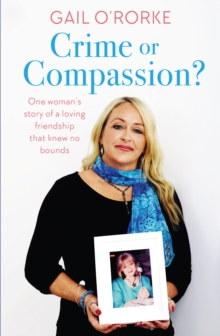