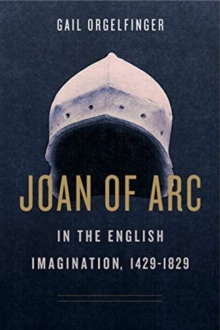 In this book, Gail Orgelfinger examines the ways in which English historians and illustrators depicted Joan of Arc over a period of four hundred years, from her capture in 1429 to the early nineteenth century. The variety of epithets attached to Joan of Arc-from "witch" and "Medean virago" to "missioned Maid" and "shepherd's child"-attests to England's complicated relationship with the saint.

While portrayals of Joan in English popular culture evolved over the centuries, they do not follow a straightforward trajectory from vituperation to adulation.

Focusing primarily on descriptions of Joan's captivity, trial, and execution, this study shows how the exigencies of politics and the demands of genre shaped English retellings of her military successes, gender transgressions, and execution at the hands of her English enemies. Orgelfinger's research illuminates how and why English writers and artists used the memory of Joan of Arc to grapple with issues such as England's relationship with France, emerging protofeminism in the early modern era, and the sense of national guilt over her execution.

A systematic analysis of Joan's English historiography in its political and social contexts, this volume sheds light on four centuries of English thought on Joan of Arc.

It will be welcomed by specialist and general readers alike, especially those interested in women's studies. 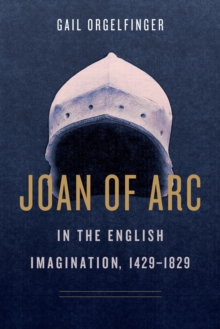 Joan of Arc in the English Imagination,...