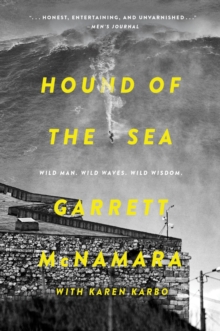 In this thrilling and candid memoir, world record-holding and controversial Big Wave surfer Garrett McNamara chronicles his emotional quest to ride the most formidable waves on earth.

Garrett McNamaraaffectionately known as GMacset the world record for the sport, surfing a seventy-eight-foot wave in Nazar, Portugal in 2011, a record he smashed two years later at the same break. Propelled by the challenge and promise of bigger, more difficult waves, this adrenaline-fueled loner and polarizing figure travels the globe to ride the most dangerous swells the oceans have to offer, from calving glaciers to hurricane swells.

But what motivates McNamara to go to such extremesto risk everything for one thrilling ride? Is riding giant waves the ultimate exercise in control or surrender?

Personal and emotional, readers will know GMac as never before, seeing for the first time the personal alongside the professional in an exciting, intimate look at what drives this inventive, iconoclastic man. Surfing awesome giants isnt just thrill seeking, he explainsits about vanquishing fears and defeating obstacles past and present. Surfers and non-surfers alike will embrace McNamaras storyas they have William Finnegans Barbarian Daysan its intimate look at the enigmatic pursuit of riding waves, big and small.

Hound of the Sea is a record of perseverance, passion, and healing. Thoughtful, suspenseful, and spiritually profound, McNamara reveals the beautiful soul of surfing through the eyes of one of its most daring and devoted disciples. 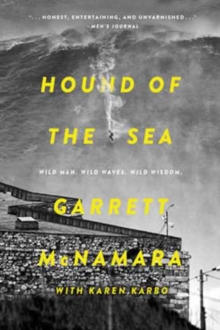 Hound of the Sea