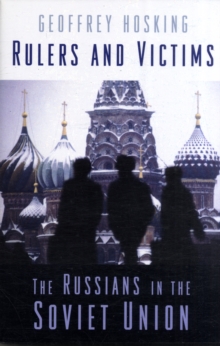 Rulers and Victims : The Russians in the Soviet Union Paperback / softback

Many westerners used to call the Soviet Union "Russia." Russians too regarded it as their country, but that did not mean they were entirely happy with it.

In the end, in fact, Russia actually destroyed the Soviet Union.

How did this happen, and what kind of Russia emerged?In this illuminating book, Geoffrey Hosking explores what the Soviet experience meant for Russians.

One of the keys lies in messianism--the idea rooted in Russian Orthodoxy that the Russians were a "chosen people." The communists reshaped this notion into messianic socialism, in which the Soviet order would lead the world in a new direction.

Neither vision, however, fit the "community spirit" of the Russian people, and the resulting clash defined the Soviet world. Hosking analyzes how the Soviet state molded Russian identity, beginning with the impact of the Bolshevik Revolution and civil war.

He discusses the severe dislocations resulting from collectivization and industrialization; the relationship between ethnic Russians and other Soviet peoples; the dramatic effects of World War II on ideas of homeland and patriotism; the separation of "Russian" and "Soviet" culture; leadership and the cult of personality; and the importance of technology in the Soviet world view. At the heart of this penetrating work is the fundamental question of what happens to a people who place their nationhood at the service of empire.

There is no surer guide than Geoffrey Hosking to reveal the historical forces forging Russian identity in the post-communist world.

Also by Geoffrey Hosking   |  View all 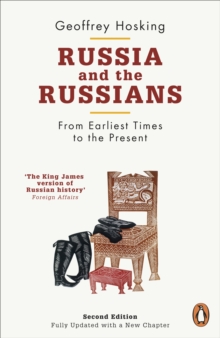 Russia and the Russians 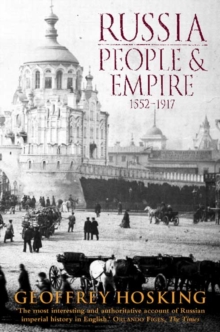 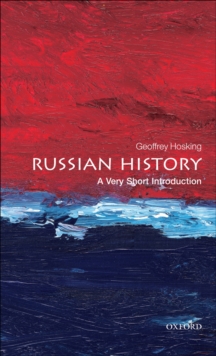 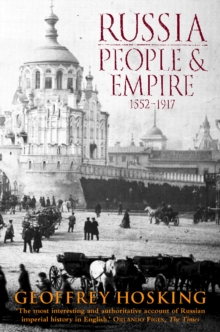