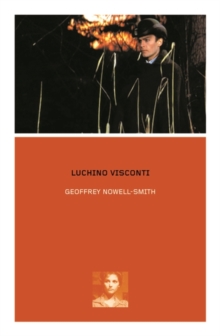 Aristocrat and Marxist, master equally of harsh realism and sublime melodrama, Luchino Visconti (1906-1976) was without question one of the greatest European film directors.

His career as a film-maker began in the 1930s when he escaped the stifling culture of Fascist Italy to work with Jean Renoir in the France of the Popular Front.

Back in his native country in the 40s he was one of the founders of the neo-realist movement.

In 1954, with Senso, he turned his hand to a historical spectacular.

The result was both glorious to look at and a profound reinterpretation of history.

In Rocco and His Brothers (1960) he returned to his neo-realist roots and in The Leopard (1963), with Burt Lancaster, Claudia Cardinale and Alain Delon, he made the first truly international film.

He scored a further success with Death in Venice (1971), a sensitive adaptation of Thomas Mann's story about a writer (in the film, a musician) whose world is devastated when he falls in love with a young boy.

A similar homo-erotic theme haunts Ludwig (1973), a bio-pic about the King of Bavaria who prefers art to politics and the company of stableboys to the princess he is supposed to marry.

Geoffrey Nowell-Smith's classic study of the director was first published in 1967 and revised in 1973.

It is now updated to include the last three films that Visconti made before his death, together with some reflections on the 'auteur' theory of which the original edition was a key example.