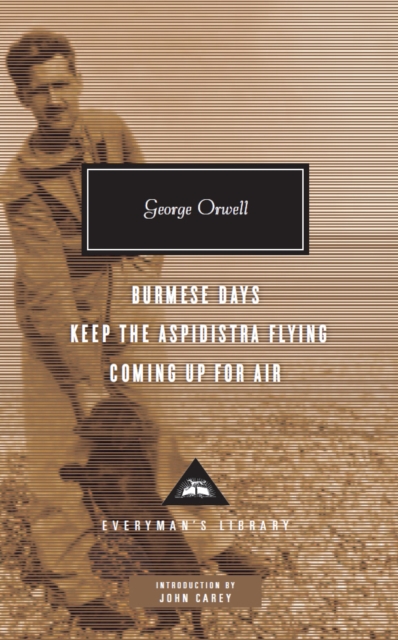 George Orwell was a novelist unlike any other, fiercely devoted to presenting the truth as he saw it.

The three novels in this collection date from the 1930s, before his political satires Animal Farm and Nineteen Eighty-Four made him world-famous.

Compelling works in their own right, they are all studies of men at odds with their surroundings.

In Burmese Days, the darkest of the three, a frustrated expatriate finds himself trapped between the decadence of his own people and the corruption of the natives they claim to rule.

Coming Up for Airdramatizes the frustration of every little man in his hopeless struggle against bourgeois respectability.

Keep the Aspidistra Flying is a sort of comedy in which minor poet Gordon Comstock engages briefly with romantic dreams before realizing that salvation is to be found, not in escape from his life but engagement with it.