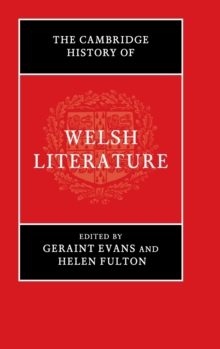 The literature of Wales is one of the oldest continuous literary traditions in Europe.

The earliest surviving poetry was forged in the battlefields of post-Roman Wales and the 'Old North' of Britain, and the Welsh-language poets of today still write within the same poetic tradition.

In the early twentieth century, Welsh writers in English outnumbered writers in Welsh for the first time, generating new modes of writing and a crisis of national identity which began to resolve itself at the end of the twentieth century with the political devolution of Wales within the United Kingdom.

By considering the two literatures side by side, this book argues that bilingualism is now a normative condition in Wales.

Written by leading scholars, this book provides a comprehensive chronological guide to fifteen centuries of Welsh literature and Welsh writing in English against a backdrop of key historical and political events in Britain.