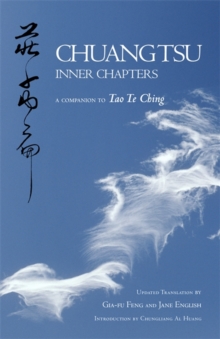 This is an updated version of the translation of Chuang Tsu: Inner Chapters that was originally published in 1974.

Like the original Chinese, this version uses gender-neutral language wherever possible.

This edition includes an introduction by Tai Ji master Chungliang Al Huang, who has been highly successful in bringing to the West the wisdom of the East.

Very little is known about Chuang Tsu, and that little is inextricably woven into legend.

It is said that he was a contemporary of Mencius. An official in the Lacquer Garden of Meng in Honan Province around the 4th century BC, Chuang Tsu was to Lao Tsu as Saint Paul was to Jesus and Plato to Socrates.

While the other philosophers were busying themselves with the practical matters of government and rules of conduct, Chuang Tsu transcended the whang cheng, the illusory dust of the world - thus anticipating Zen Buddhism's emphasis on a state of emptiness or ego transcendence.

With humour, imagery and fantasy, he captures the depth of Chinese thinking.

The seven 'Inner Chapters' presented in this translation are accepted by scholars as being definitely the work of Chuang Tsu. Another twenty-six chapters are of questionable origin; they are interpretations of his teaching and may have been added by later commentators.

This is the paperback version of the photograph edition of the same title. 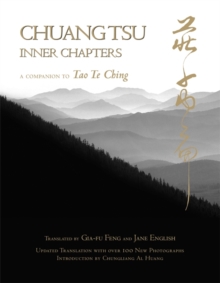