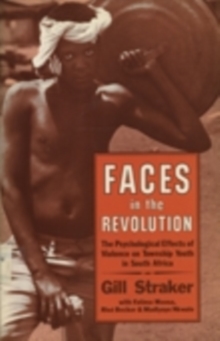 Faces In Revolution : The Psychological Effects Of Violence Paperback / softback

One of South Africa's most serious problems is the large number of youths in the black townships who have been exposed to an incredible depth and complexity of trauma.

Not only have they lived through severe poverty, the deterioration of family and social structures, and an inferior education system, but they have also been involved in catastrophic levels of violence, both as victims and as perpetrators.

What are the effects of the milieu? What future is there for this generation? Above all, who are they?In the mid-1980s Gill Straker, Professor of Psychology at the University of the Witwatersrand, was called in by the South African Council of Churches as part of a counseling team to provide therapeutic services for a group of young blacks who had been driven out of their township by vigilantes.

Their lives had been threatened, and many had participated in various forms of violence - stoning of vehicles, burning of houses belonging to local counselors, some even taking part in \u201cnecklacing.\u201dThis counseling experience, together with a follow-up study of the same group three years later, is the basis of Gill Straker's book, Faces in the Revolution, a fascinating psychological profile of the youngsters involved.

In her moving and highly readable account, she penetrates beyond the media-generated stereotype of township youth as a brutalized generation, showing instead the processes that motivate the leaders, the conformists and the psychological casualties of the civil war that has raged in South Africa's townships.

Faces in the Revolution will bring a great deal of clarity to concerned readers seeking informed insight into the lives of the young black people at the forefront of this undeclared war. 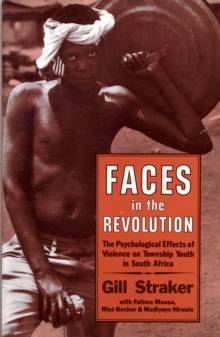 Faces in the Revolution