Britain's Wartime Evacuees : The People, Places and Stories of the Evacuations Told Through the Accounts of Those Who Were There Paperback / softback

Part of the Voices from the Past series

With the declaration of war in September 1939, the Government Evacuation Scheme was implemented, in which almost one and a half million civilians, mostly children, were evacuated from the British cities thought most likely to be the targets of aerial bombing.

The fear of invasion the following year resulted in another mass evacuation from the coastal towns. Hundreds of thousands of school children, and mothers with babies and infants, were removed from their homes and families, and sent to live with strangers in distant rural areas and to entirely unfamiliar environments.

Some children were also sent to countries of the Commonwealth, such as Canada and Australia.

The evacuations had an enormous impact upon millions of individuals, both those that were evacuated and those that had to accommodate and care for the displaced multitude. Over the course of eight years research Gillian Mawson has interviewed hundreds of evacuees from England, Northern Ireland, Scotland and Wales.

Families have also allowed her access to the testimony of those who have passed away.

Coupled with the extensive newspaper coverage of the day and official documents _Britain's Wartime Evacuees_ provides not just a comprehensive study of the evacuations, but also relates some of the most moving and emotive stories of the Second World War. 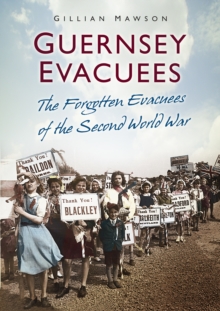 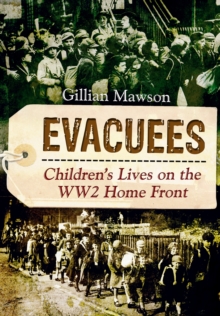 Evacuees: Children's Lives on the WW2... 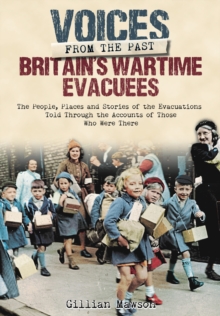