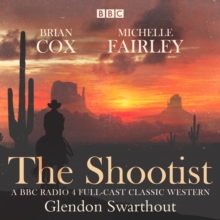 He rides into El Paso in the year 1901, to be told by a doctor that he has a terminal illness.

As word spreads that the famous assassin has reached the end, an assortment of vultures gather to feast upon his corpse.

Most men would end their days quietly, but Books outwits them all by selecting the where, the when, and the manner of his death. The Shootist is a classic Western novel written by Glendon Swarthout in 1975.

It won the Spur Award for Best Western Novel of 1975, and was chosen in the Western Writers of America's members' poll in 2000 as one of the 10 greatest Western novels of the 20th century.