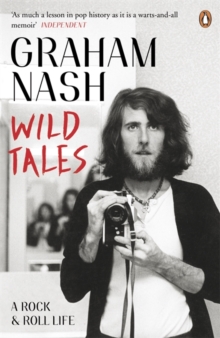 Wild Tales by Graham Nash - a classic rock memoir of the legendary Hollies front man and member of Crosby, Stills, Nash & YoungIn this candid and riveting autobiography Graham Nash tells it all: the love, the sex, the jealousy, the drugs, and the magical music-making. This is one of the great rock and roll stories: growing up in poverty in postwar Manchester, where Nash founded the Hollies with schoolfriend Allan Clarke and the incredible success that followed, friendships with all the great British bands of the 60s including the Beatles, the Stones and the Kinks, decamping to America and becoming the lover of Joni Mitchell (for whom he wrote 'Our House') and achieving superstardom with David Crosby, Stephen Stills and Neil Young. This book will be adored by Graham Nash fans and takes its rightful place in the pantheon of classic music memoirs alongside Book Dylan's Chronicles, Keith Richards' Life and Neil Young's Waging Heavy Peace. Graham Nash was born in Blackpool in 1942 and brought up in Salford.

He was cofounder with his schoolfriend Allan Clarke of the Hollies - one of the most successful British pop groups of the 1960s for whom he was lead-singer and one of the principal songwriters.

In 1968 he left the UK to live in California, where he became part of the supergroup Crosby, Stills & Nash (later, after Neil Young joined, Crosby, Stills, Nash & Young).

Unusually he has been inducted twice into the Rock and Roll Hall of Fame, for the Hollies and for CSNY, and in 2010 he received the OBE.

He is noted for his political and charity work (he played Occupy Wall Street in 2011), is a serious photographer, and has homes in California and Hawaii. 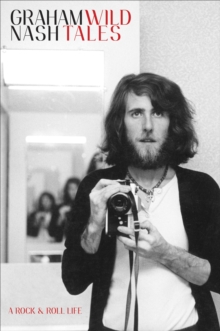