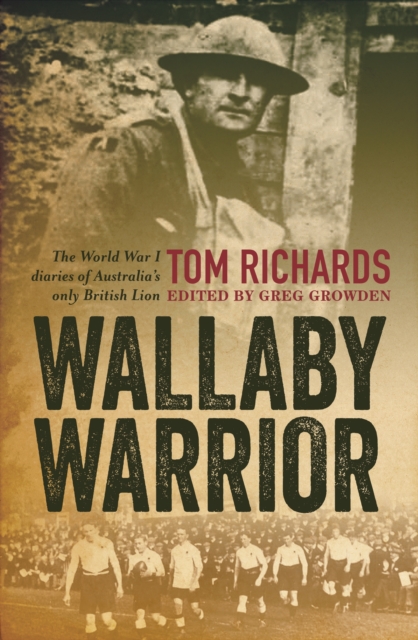 When the Australian team won the Gold Medal for rugby at the 1908 Olympic Games The Times pronounced: 'If ever the Earth had to select a Rugby Football team to play against Mars, Tom Richards would be the first player chosen.'This book tells something of Richards' extraordinary sporting life, but it mainly reproduces highlights from the very entertaining diary he kept during WW1.

He had worked part-time with the Sydney Morning Herald before he enlisted and he would write between 100-800 words about his experiences each day, giving a revealing, intimate account of what occurred throughout the Gallipoli campaign and then the Western Front, where he received a Military Cross for his courage under German fire.

He was acerbic in his opinions, often critical of his superiors and fellow soldiers; he was a great observer of human tragedy and frailties, repeatedly finding fault with the British in charge, and meeting numerous important war figures, including Simpson at Gallipoli.

He included vivid descriptions of football matches played in Egypt, Gallipoli and on the Front, and there are also numerous lighter moments, as Richards sought out and was intrigued by strange characters.