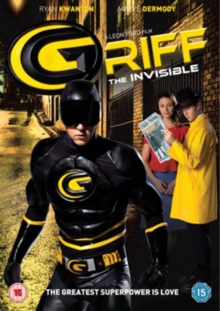 Comedy following the adventures of a shy office worker who compensates for his meek daytime existence by adopting a superhero persona at night.

With his social awkwardness and lack of self-confidence, Griff (Ryan Kwanten) is an easy target for the bullies at his office, led by Tony (Toby Schmitz), who taunt him remorselessly.

However, at night he adopts the persona of a superhero and fearlessly confronts those on the street with evil intentions.

The stability of his dual existence is threatened when he meets Melody (Maeve Dermody), who, unlike most of the other figures in Griff's life, doesn't mock either his daytime shyness or his superhero antics.

There is just one complication: Melody is his protective older brother's girlfriend...