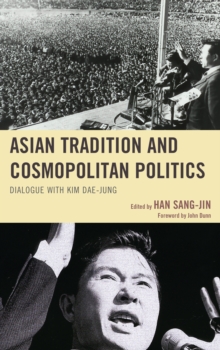 The manuscript aims to explore the significance of the combination of a cosmopolitan vision and an Asian identity found in the political thoughts of Kim.

This book holds special significance as it is edited by Professor Sang-Jin Han, one of Kim's most trusted political advisors, as well as longtime friend - with their relationship stretching back to way before Kim was elected president.

As one of Korea's leading intellectuals, Professor Han is best positioned to make the most out of the material since he simultaneously holds the privilege of a close personal relationship with Kim as well as expert scholarly understanding of its academic and philosophical value.