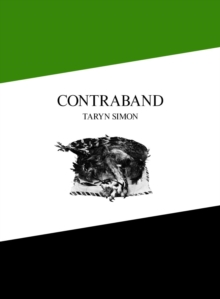 Her practice involves extensive research, in projects guided by an interest in systems of categorization and classification.

In Contraband, 1,075 photographs were taken at both the U.S.

Customs and Border Protection Federal Inspection Site and the U.S.