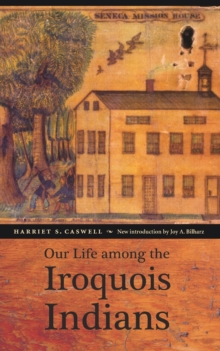 Our Life among the Iroquois Indians Paperback / softback

The world of the mid-nineteenth-century Seneca Indians comes vividly to life in this classic biography of missionaries Asher and Laura Wright.

The Wrights lived with the Senecas for over forty years, during which they translated parts of the New Testament and hymns into the Seneca language, oversaw a periodical, and recorded much about everyday reservation life and history.

Their recollections are an indispensable source of information about traditional Seneca life and the activities of missionaries among them.

It was a time of intense change for the Senecas, as they withdrew from the centuries-old Iroquois Confederacy and increasingly embraced Christianity.

The Wrights recall religious disputes between Christians and traditionalists on the reservation, including a contentious Christmas observance held within a longhouse, a debate over the origins of the world, and Chief Logan's fierce opposition to Christian burial rites for a relative.

They helped to found and manage the first twenty years of the Thomas Asylum for Orphan and Destitute Indian Children, later known as the Thomas Indian School, which continued until the mid-1950s. 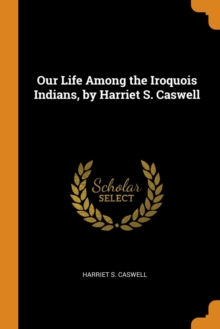 Our Life Among the Iroquois Indians, by...