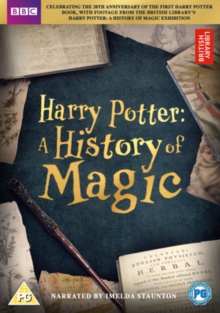 BBC documentary focusing on the history of magic. As the British Library prepares to open an exhibition to celebrate the 20th anniversary of 'Harry Potter and the Philosopher's Stone' its author J.K.

Rowling takes a look around the artefacts on show and discusses her own interest in magic and her research for the books.

Meanwhile, experts discuss the history of magic and witchcraft while actors from the film series including David Thewlis, Evanna Lynch and Mark Williams read excerpts from the books.