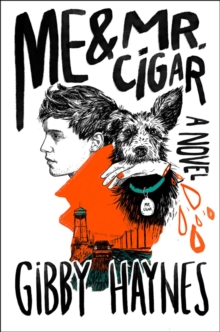 From legendary Butthole Surfers front-man Gibby Haynes comes a darkly humorous speculative YA debut about a lost Texas teen and his supernatural dog, and the power of found family.

Seventeen-year-old Oscar Lester is never without his dog, Mr. Cigar. The two have made a pretty good life for themselves in North Texas, organizing drug-fueled dance parties with Oscar's best friend, Lytle Taylor. The only real grownup in Oscar's life is Carla Marks, protege of his deceased father and the genius behind the enigmatic IBC Corporation. (Oscar's mom spends all of her time with her new boyfriend.) Carla doesn't approve of Oscar's nefarious activity, though his parties provide an ideal environment to test-run some of IBC's more freakish technology. As for Oscar's older sister, Rachel . . . she's been gone for the past five years, having fled after Mr. Cigar bit off her hand.

But Oscar knows that his dog is no menace. Mr. Cigar is a loyal protector: a supernatural creature that can exact revenge, communicate telepathically, and manipulate car doors and windows with ease. So when Rachelnow twenty-two and an artist living in New Yorkcalls out of the blue and claims that she's being held hostage, Oscar sees an opportunity to make things right between them . . . at least until Carla Marks warns Oscar that Mr. Cigar's life might be in danger, too.

Suddenly Oscar finds himself on the run with his dog and his best friend. Together they race north to save Rachel and to flee the mysterious evil forces after Mr. Cigar. Ultimately they discover that this dual quest might untangle Oscar's own strange life and reveal the true nature of Mr. Cigar's existence.