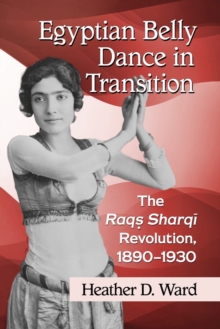 Raqs sharqi, the Egyptian dance form also known as belly dance, has for generations captured imaginations around the globe.

Yet its origins have been obscured by misinformation and conjecture, rooted in Orientalist attitudes about the Middle East-a widely accepted narrative suggests the dance was created in response to Western influences and desires.

Drawing on an array of primary sources, the author traces the early development of raqs sharqi in the context of contemporary trends in Egyptian arts and entertainment.

The dance is revealed to be a hybrid cultural expression, emerging with the formation of Egyptian national identity at the end of the 19th century, when Egypt was occupied by the British.